I am interested in the geographies of social change, the ways in which different spatialities are mobilised in the pursuit of political strategies. More recently my work has focused on political participation in Latin American cities. My research has examined the relationship between territory and grassroots urban politics, particularly in social movements and political parties in Latin America. Theoretically I aim to make sense of how territory and other spatialities have been understood and produced in different geographical and historical settings, with particular attention to Latin American geographies. I am thus interested in thinking through the politics and ethics of geographical knowledge production. I am also concerned with the relationship between research and activism and the opportunities and tensions posed by being a politically active and engaged scholar.  My research has been funded by the ESRC, Leverhulme Trust and British Academy.

I chair the Latin American Geographies (LAG) Working Group of the Royal Geographical Society and co-convene the Queen Mary Latin American Network (QMLAN). Please contact me for details of either.

I am on the international editorial boards of Antipode: A Radical Journal of Geography, The Journal of Latin American Geography and Third World Thematics: A TWQ Journal.

I sit on the editorial board of Transactions of the Institute of British Geographers.

I am a passionate teacher having taught on multiple modules in human geography at various institutions.

Currently I convene the first year module GEG4112 Global Worlds and the third year module GEG6142 Latin American Debates: the politics of development and democratistation. I have also contributed to the modules GEG4002 Ideas and Practice in Geography and Environmental Science (on Marxism) and GEG4006 Cities and Regions in Transitions (on urban migration). 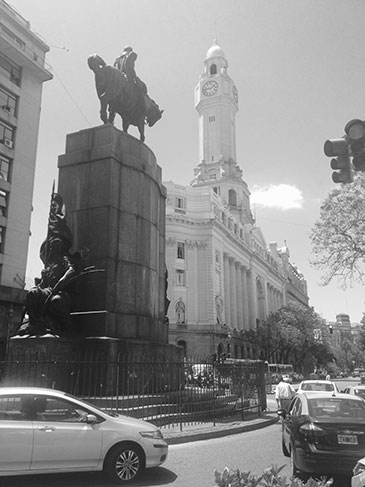 1. The territory of grassroots urban politics

The first theme seeks to address the broad empirical question of why (and how) territory matters to grassroots politics in the city. To date, I have addressed this question via three case studies: (i) Occupy London – a social movement that appeared in London in 2011 simultaneously with 1000s of similar actions worldwide based on the occupation of urban, public space through the form of the protest camp. I examined how and why activists mobilised different territorial practices - taking space, holding space, encountering space and losing space – and examined some of the strategic implications of these practices for the movement. (ii) Local governance in Buenos Aires - since 2016 I have been investigating the decentralisation of urban governance from central city to local neighbourhood councils, examining the political opportunities of producing new territorial urban divisions for grassroots actors (neighbourhood organisations, social movements, local political parties). (iii) Political parties in Buenos Aires – since 2017 I have participated in and investigated the territorialisation of a new political party in the City of Buenos Aires, exploring both how they managed to build such a strong territorial basis in neighbourhoods over a short period of time and asking why territory matters to them, and other political parties, in the first place?

Since 2018 I have been developing a comparative research project examining political parties and democracy in Latin American cities. This is currently being developed through a British Academy funded project on 'Uneven Urban Democracy: Inequality and Political Participation in Buenos Aires', with Rocío Annunziata, Consejo Nacional de Investigaciones Científicas y Técnica and Sebastián Mauro, University of Buenos Aires, 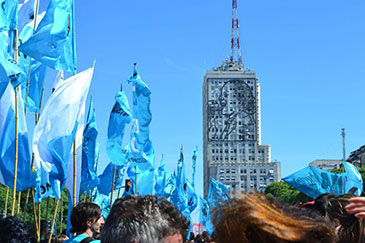 I have a longstanding interest in the spatial strategies of Latin American grassroots struggles and even while undertaking empirical research in the UK have looked to and learned from the geographical knowledges produced in the region over the last two decades. Latin American geographies have been, and remain, highly influential in both my research and teaching. This has opened up new avenues for thought and reflection that I am developing through publications, seminars and other encounters between Anglophone and Latin American scholars and activists. I have been particularly interested in how territory, as an idea and practice, has been produced in different geographical and historical settings in Latin America. In 2018 I founded the Latin American Geographies in the UK Research Network.

Since 2018 I have co-led an international network of research on Socioterritorial Movements, together with Bernardo Mançano Fernandes (UNESP) and Fernanda Torres (UNLP), funded by CAPES-Print (Brasil).

3. The ethics and politics of geographical knowledge production

Intersecting with the previous theme I have a longstanding interest in the ethics and political of generating geographical knowledge. I have critically reflected on the potentials of militant research as a form that dissolves the boundaries between theory and praxis and have been involved, and sought to facilitate, discussions around participatory geographies (particularly through my involvement in the Participatory Geographies Research Group of the Royal Geographical Society, of which I am currently chair). I am also interested in the political and ethical opportunities and dilemmas of working between Anglophone geography and Latin American knowledges.

In 2022 I am leading a British Academy Writing Workshop in Córdoba, Argentina, on 'Supporting Early Career Latin American Scholars to Publish in International Geographical Journals'

I welcome enquiries from potential PhD students, particular those interested in the following areas:

Sofia Negri, ‘Rooted in and networked out. How delivery platform workers’ organisations in Argentina mobilised across geographies and through physical-digital spaces during Covid-19.’ (primary supervisor), Funded by Queen Mary Scholarship

Through my research I have directly engaged with a range of political actors, often helping to create networks or forums through which to discuss issues around impact. For example:

(a) Occupy London – co-founded the Occupy Research Collective as a means of establishing links between activists and academics, sharing ideas and data. I also published and presented regularly in public forums such as the World Social Forum or Open Democracy and have been interviewed by news media in Latin America and the UK (e.g. BBC, Bloomberg).

(b) Buenos Aires – created a network for politicians, activists and neighborhood organisations entitled the Forum for the Porteño Comunas in order to shares ideas and discuss common themes with relation to urban decentralisation. In addition, I am currently engaging with local NGOs (e.g. Comunidad BsAs) by sharing and discussing my research on political parties in Buenos Aires. I have also engaged with local and national media in Argentina (e.g. radio interviews;TV appareances on TN, large 24-hours Argentine news channel). Most recently I have started an impact project with a Museum in order to take forward their demands for urbanisation.

(c) I was chair of the Participatory Geographies Research Group of the Royal Geographical Society (2017-2018), having previously served as its secretary (2014-2017). A core part of the group’s role is to facilitate through and action on the ways in which different peoples participate in geography and how the acidic discipline of geography engages with the world.

(d) I am founder and chair of the Latin American Geographies in the UK Research Network. LAG-UK is a network of researchers based in the UK and elsewhere who work closely with geographical ideas and practices in Latin America, including close relationships with diverse civil society movements and organisations and academic/non academic institutions.