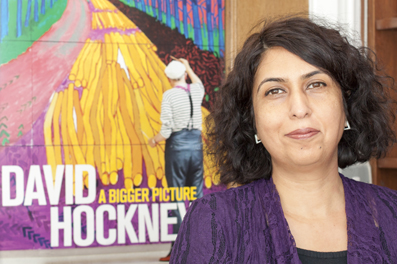 I am a development geographer whose research spans economic and financial geography, and migration studies, contributing to critical understandings of transnational migration, financialisation and migrants’ financial practices. These interests have been developed in a series of projects investigating the intersections between transnational migration and the shifting nature, politics and sensibility of work in global cities; migrants’ everyday remittance, debt, inheritance and charitable practices; the financialization of remittance intermediaries and financial inclusion and the increased significance of digital finance in migrants’ lives. In addition, I am currently working on a collaborative project developing a shared strategy for funding migration research for the ESRC and AHRC.

Some of the key debates and findings of these bodies of work have been developed in the following recent publications:

I am Deputy Vice-Principal (Research Impact) and Director of the Centre for the Study of Migration.

I teach development geography across the undergraduate and postgraduate programmes as part of a distinctive, innovative and collaborative ‘hybrid geography’ agenda which encourages students to challenge the positioning of the global South as a collection of places in need of external development interventions; to recognise the immense diversity of the global South and the links between the global South and North. This agenda is particularly developed in the two undergraduate modules which I teach: Spaces of Uneven Development and Development Futures: Mumbai Unbound which I co-designed and delivered until December 2017. The latter is the first development geography overseas field class to be offered at the School of Geography at QMUL. I also teach on two postgraduate programmes, MA/MRes Global Development Futures and MSc Development and International Business.

1) London International Development Centre’s Migration Leadership Team (Co-I; ESRC-AHRC, 2017-2019) is developing a shared strategy for funding and supporting migration research for the UK’s Economic and Social Research Council (ESRC) and the Arts and Humanities Research Council (AHRC). The team is identifying strategic opportunities and priorities for further research and highlighting best practice in the area of impact through a series of global migration conversations with researchers, policy-makers, practitioners, migrant associations and arts organisations in the UK, Brussels, Delhi, Nairobi, New York and Beirut. These conversations have (i) assessed the scope, achievements and challenges of existing migration research portfolios; (ii) identified strategic opportunities and priorities for further research; (iii) highlighted approaches and methods which build effective and equitable partnerships and achieve maximum impact. This is a collaborative project with Laura Hammond (SOAS, PI) and Elaine Chase (IoE, UCL; Co-I).

2) Transnational migration, financialisation and financial practices: I have a long-standing interest in migrant women and men’s financial practices. Previous work has explored diverse everyday financial practices adopted by new migrant communities in London within the context of financial exclusion (Migrants and their Money: Surviving Financial Exclusion in London, Friends Provident Foundation, ESRC-CASE studentship, London Citizens) and Muslim migrants’ charitable networks in London (Islamic Philanthropy in post-recession London, with Al James and Jane Pollard, Centre for the Study of Migration, QMUL and CURDS, University of Newcastle) exploring the sources, motivations and everyday practices of migrant charitable giving which underpin larger-scale Islamic charitable financial flows through London. Building upon this work, my current projects are:

i) ‘Disciplining the remittance marketplace? The financialisation of small and medium money transfer agencies in London.’ (Leverhulme Trust, 2017-2019).
This project is investigating the financialization of key remittance service providers – small and medium size money transfer businesses (SM-MTBs) – in the aftermath of the financial crisis in London. At the core of this project is a concern to make visible previously undocumented processes of the financialisation of institutional intermediaries, the multi-scalar political, financial, and commercial imperatives shaping these interventions and the everyday financial practices that SM-MTOs craft as they seek to negotiate financialisation.

ii) Digital financial inclusion at the margins (QMUL Institute of Humanities and Social Science, Large Grant Seed Corn, 2018-2019).
Digital Financial Inclusion (DFI) is at the forefront of current approaches to financial inclusion which illustrates the current valorisation of digital solutions to a range of development issues, a ‘crusade against cash’ and the financialisation of development. A more critical and nuanced assessment of the role of DFI in (re)producing inequalities along a continuum of inclusion-exclusion is less well articulated. Involving research with Indian fintechs, migrant communities and small and medium size business owners, this project is exploring the domestication of DFI in the everyday, the limits of DFI and opportunities for learning from India’s migration-digital-finance nexus which may have relevance in wider European contexts. This is a collaborative project with Philippa Williams (Geography, QMUL).

iii) Transmitting In/equality Across Borders: Shifting Inheritance Practices and Outcomes among Indian Migrants in London. (ESRC-CASE Studentship, 2018-2021).
Investigations of migrants’ inheritance norms, practices and outcomes are limited in multi-disciplinary migration and inheritance studies. Situated within a broader interest in migrants financial practices, this project is examining the extent and patterns of transnational inheritance among migrant men and women; the informal and formal mechanisms through which migrants’ inheritance rights are negotiated, maintained and translated and the extent to which inherited assets translate into economic security and productivity. This is a collaborative project with Alastair Owens (Geography, QMUL and Omar Khan, Director, Runnymede Trust).

3) Migrants and the arts: This new strand of research is exploring the role of the arts in migration research. Building upon research undertaken with Cathy McIlwaine (KCL) and CASA Latin American Theatre exploring cultural consumption among Latin American migrants (QMUL HSS Collaboration Fund, 2016-17), and Home for Refugee Children led Alison Blunt (QMUL) in collaboration with the Geffrey Museum, the V&A Museum Childhood, the University of London in Paris, and QMUL Centres on Migration; Home and Childhood Culture (QMUL HSS Collaboration Fund), my current interests are being developed on a project entitled Athens-London-Paris (with Amit Rai and Project Phakama). Initial research and networking activities fed into events part of the QMUL Tate Exchange programme; extending the project from Athens to Paris. My broader interest in migrants and the arts is being furthered through the LIDC-MLT programme.

I have extensive supervisory experience. I sit on the Steering Committee for the QMUL Mobile People: Mobility as a way of Life Leverhulme Doctoral Centre, and I am the QMUL lead for LISS-DTP Pathway 10: International Development, Conflict and Human Security.

I welcome applications from postgraduate students wishing to work on migration related issues with a specific emphasis on: (i) migrants financial practices including philanthropy, remittances, diaspora investment and inheritance; (ii) digital financial inclusion and digital payment systems; (iii) the migration-development nexus; (iv) migrants, work and labour markets. I am particularly interested in migration research which cuts across the arts, humanities and social sciences.

My current PhD students are:

My previous PhD students include:

I have engaged in a diverse range of public engagement activities in the past year.

As part of the LIDC’s Migration Leadership team, I have been involved in Global Migration Conversations held in Delhi (May 2018), Nairobi (July 2018), London (November 2018), Glasgow (January 2019) and forthcoming in Beirut (February 2019), New York (May 2019) and Mexico (May 2019). Additional events have also been organised at key migration conferences held in Barcelona, Thessaloniki and London. Regional in nature, these conversations have fostered engagement with migration and forced displacement scholars, national and regional policy makers and third sector practitioners, artists and museum curators, diplomats, migrants and refugees.