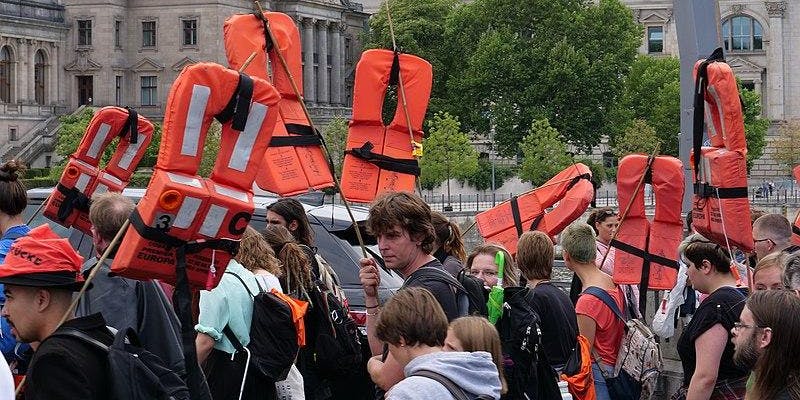 The so-called migration crisis that Europe has witnessed in the past years has generated much political turmoil across the continent. While a great number of refugees lose their lives on sea routes or suffer due to inhumane circumstances awaiting them along the Schengen borders, European decision-makers seem to focus increasingly on defending the Union’s borders and less on protecting the lives of those arriving from other parts of the world. Should the EU have a different approach putting the lives and dignity of individuals in the focus of its attention during policy making? Is the protection of human rights and the provision of security to European citizens necessarily a zero-sum game?

Dr Violeta Moreno-Lax is Senior Lecturer in Law, Founding Director of the Immigration Law programme, and inaugural co-Director and co-founder of the Centre for European and International Legal Affairs at Queen Mary University of London. She is also Visiting Professor at the College of Europe, Fellow of the Centre of European Law of King's College London, EU Asylum Law Coordinator of the Refugee Law Initiative of the University of London, Co-Chair of The Refugee Law Observatory, Co-convener of the Society of Legal Scholars (SLS) Migration Law Section, and member of the Steering Committee of the Migration Law Network. She has previously been a Lecturer in Law at the Universities of Liverpool and Oxford and held visiting positions at the Universities of Macquarie, New South Wales, Oxford, Nijmegen, and The Hague Academy of International Law. She has published widely in the areas of international and European refugee and migration law and regularly consults for the EU institutions and other organisations active in the field.

Dr Sarah Wolff is Director of the Centre for European Research and Lecturer in Public Policy at Queen Mary University of London. She is also a Senior Research Associate at the Netherlands Institute of International Relations (Clingendael). Dr Wolff is an expert on EU politics, Justice and Home Affairs (JHA), migration and border management policies, as well as EU-Arab Mediterranean relations and EU development aid. She is author of the monograph The Mediterranean Dimension of the European Union’s Internal Security (2012) and received the LISBOAN Research Award 2012 for her co-edited book Freedom, Security and Justice after Lisbon and Stockholm (2012). Her current research focuses on Secular Power Europe and EU engagement with Islam for which she was awarded a Fulbright-Schuman and a Leverhulme research grant in 2014/2015. Prior to joining the academia, Dr Wolff worked at DG Devco at the European Commission and as a parliamentary assistant at the European Parliament.

The discussion will be followed by a Q&A involving the audience.