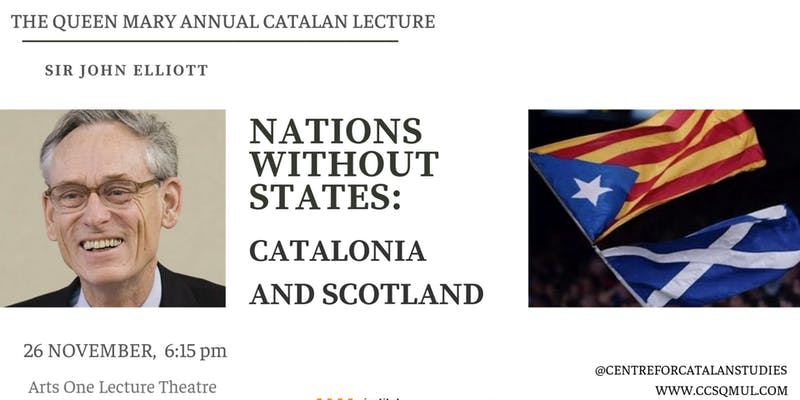 As Sir John Elliott points out in his latest book, Scots & Catalans: Union and Disunion, in recent years both "Scotland and Catalonia have seen the growth of powerful movements whose goal is independence from the larger political entities, Great Britain and Spain, into which they have long been incorporated".

Professor Elliott will describe the challenges involved in writing a sustained comparative history of two self-proclaimed nations that are not independent. He will then discuss what he sees as the major turning-points in their historical trajectories, running from the Middle Ages to 2017, and the points of convergence and divergence between them.

Followed by a drinks reception.