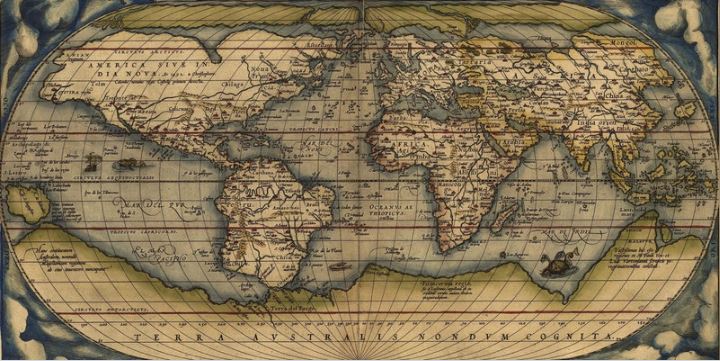 Professor Saskia Sassen (Robert S. Lynd Professor of Sociology and Member, The Committee on Global Thought, Columbia University) will be the respondent.

We live within borders; they define global political and economic territory, but they are everywhere in question. So too are the security and identity they are believed to have once provided. Whether coping with the migration and refugee crises at the edges of Europe or Central America, redefining Irish border controls in the wake of Brexit, managing flows of global trade and capital, or living with the exponential growth of the internet and social media, territoriality is under siege. Yet it is also aggressively defended by national leaders and so-called populists -- perhaps preeminently by Donald Trump with his plan for a walled border, renunciation of trade agreements and lurid visions of cultural assaults.

But the valence and meaning of territory has always been changing, as Professor Charles Maier has demonstrated in Once within Borders, his epic history of the struggle for political and economic space over the last 500 years. In this book, Maier explores how territory became so much more than simply space enclosed by the sovereigns frontiers. It also emerged as the foundation for economic power and the nation-states mobilization of civic energies. At the same time the growth of international capitalism worked both to transcend boundaries and to appropriate exclusive national and colonial spaces. By the twentieth century territorial properties were identified as critical for geopolitical and ideological survival.

At the end of his history Maier asks whether commentators have been correct in speaking as if we were tending toward a borderless world. Instead the stakes of territory and national frontiers have established a new class frontier. Without sentimentalizing the somewheres, versus, the anywheres (or dismissing the nowheres) he argues that the new societal division between those he has termed territorialists and globalists has shattered the political parties inherited from the mid-twentieth century without providing coherent alternatives. Ultimately, territory is still with us, but does less for us. We cannot renounce territory, but we cannot simply restore the reassurances that earlier versions provided.

This lecture will explore these ideas and promises to be a challenging intervention by one of the leading historians of our time.

Charles Maier is Leverett Saltonstall Professor of History in the Department of History at Harvard. He teaches European and international history at Harvard. Maier served as the director of the Center for European Studies at Harvard, 1994-2001, and currently co-directs (with Sven Beckert) the Weatherhead Initiative in Global History. He taught at Duke University 1976-81 and has also held various visiting professorships in Europe. He is a member of the Council on Foreign Relations and the American Academy of Arts and Sciences, and is a recipient of a John Simon Guggenheim Memorial Fellowship, an Alexander von Humboldt research prize fellowship, the Cross of Honor of the German Federal Republic, and the Cross of Honor for Science and Art, first class, of the Republic of Austria.

Professor Maier is visiting Queen Mary University of London as part of its Institute for Humanities and Social Sciences Distinguished Visiting Fellowship programme.