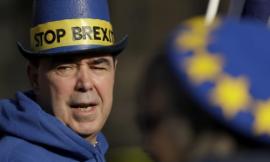 Opinion polls show that a large majority of European Union citizens support the EU but want it to function differently: as a more participative democracy. But how do we create the conditions for the will of European citizens to express itself politically and be translated into actions and laws?

Representative democracies are in crisis worldwide and some initiatives are blossoming throughout Europe to allow citizens to have a bigger say in EU decisions. Aware of the challenges of populism and Euroscepticism backlash at the next European election, President Macron has started citizens' consultations. DiEM25 is a new transnational list for the 2019 Elections gathering several left-wing and environmental movements from France, Poland, Italy, Portugal, Denmark and Germany. But is that enough to recognise European citizens – taken as a whole, not divided into national subgroups – as the sovereign actors of EU politics? How can citizens be given a full and direct say in shaping the Union’s future? In her Manifesto for a European Republic, Professor Guérot proposes the establishment of a reshaped, decentralised and more democratic European parliamentary system based on the principles of voting equality, tax equality and same access to social rights. Instead of letting 28 unequal national governments decide over the policies of the EU, the Republic would be governed by a pro rata Parliament, a Senate with representatives from the 50 or so European regions and metropolitan areas, as well as by a directly elected European President.

Ulrike Guérot, Berlin-based political thinker, Founder and Director of the European Democracy Lab at the European School of Governance in Berlin and Professor and Director of the Department for European Policy and the Study of Democracy at the Danube University in Krems, argues that the task of shaping the Union is to be placed in the hands of people, not nation states. This idea will be debated with Marie LeConte, a French freelance political journalist who will present her own vision and ideas as to how to enhance citizens' power in the EU.

Professor Ulrike Guérot (a Berlin-based political thinker, Founder and Director of the European Democracy Lab at the European School of Governance in Berlin and Professor and Director of the Department for European Policy and the Study of Democracy at the Danube University in Krems) who will talk about her concept of the European Republic which has recently gained high publicity Europe-wide. She has 20 years’ experience in the European think tank community and has taught both in Europe and the US. Previously she worked for the European Council on Foreign Relations, at the German Council on Foreign Relations, and with the German Marshall Fund. Ulrike Guérot is a regular writer and commentator on European and transatlantic affairs as well as European democracy and global Europe both in German and European media.

Marie Le Conte is a French freelance political journalist living in London. She has worked for the Evening Standard and BuzzFeed News among others, and now writes for outlets such as Prospect Magazine and the New Statesman. She has chaired and spoken at a number of panels in Britain and France, including events on politics and current affairs at Chatham House, Sciences Po Paris and the Foreign Policy Centre.

The event will be chaired by Sarah Wolff, Director of the Center for European Research, Queen Mary University of London.

The discussion will be followed by a Q&A involving the audience, and a drinks reception to which all are welcome.