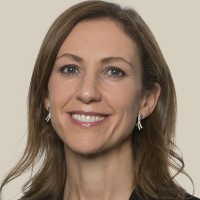 This is Silvana’s maiden speech as an External Member of the Monetary Policy Committee of the Bank and England and is entitled ‘The Fall in Productivity Growth: Causes and Implications’. Productivity growth in the UK has slowed significantly since the financial crisis of 2007-08. The lecture will explore potential causes for this trend and discuss its implications for economic policy as well as prospects for the future. A drinks reception will take place in the Peston Foyer following the speech.

The Peston Lectures: This annual lecture series honours the memory of Professor the Lord Maurice Peston, who founded the Economics Department (now the School of Economics and Finance) at Queen Mary and served as its first Head. In recognition of Lord Peston’s own combination of scholarly achievement and public service, the Peston Lectures focus on the interface of economics and public policy. Previous speakers include Mark Carney, David Currie, Charles Goodhart, Richard Lipsey, Robert Peston, and Martin Weale.

Silvana has been Associate Editor and Co-Director of the Review of Economic Studies, among numerous other editorships of scholarly journals. Silvana Tenreyro studied at the National University of Tucuman in Argentina (BA 1997) and Harvard University (MA 1999, PhD 2002). Her primary research interests are in macroeconomics, and she has published widely in the areas of monetary policy, economic growth and development, and international economics.