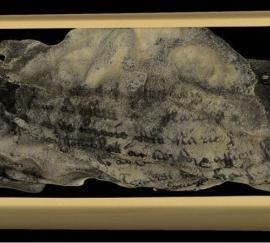 Meet our Professors: The Inaugural Lecture of Professor Graham Davis

In 1989 I found myself working alongside Jim Elliott (at what was then the London Hospital Medical College) who pioneered X-ray microtomography; a microscopic form of CT. Fascinated by this development, I was soon engrossed in taking it forward. But although his system was slow, he had set a very high bar in terms of accurate densitometric quantification, the reason for which he created it. This led to the development of the time-delay integration scanner for high-contrast imaging, and to advances in calibration and correction procedures to maintain the high level of accuracy with much larger data sets; going from 16000 voxels (3D pixels) to billions of voxels. One of the reasons we need this accuracy is to precisely identify how much mineral is lost, and from where, when teeth decay (note, we only use this for research with extracted teeth; it is not a clinical tool). Similarly, we can investigate treatments that aim to restore this mineral. But it’s not just teeth and bones that are of interest. In 2008 we started looking at the feasibility of reading ink on damaged scrolls that could not be unrolled. With research council funding and collaboration with Cardiff University, we managed to do just that. This work then prompted an inquiry as to whether we might be able to recover images from a damaged black and white film. Stored in the wrong conditions, the acetate base of films degrades into acetic acid (vinegar) and the images turn to mush. One severely damaged film was only considered fit for the skip, but the value of the content meant that we had to attempt something….

Graham Davis graduated at Queen Mary College, University of London, as an electronic engineer in 1980 and obtained a PhD in medical electronics in 1984. After working originally in the design of computerised electromyography apparatus, he moved to the London Hospital Medical College (now part of Queen Mary University of London) in 1988 and shortly thereafter began work on the development of X-ray microtomography (XMT). Designing scanners and software algorithms with accuracies exceeding commercially available systems, he is well recognised in this area of development, both nationally and internationally. He currently serves as a program committee member for the “Developments in X-ray Tomography” conference held every 2 years as part of The International Society for Optical Engineering's (SPIE) International Symposium on Optical Science, Engineering, and Instrumentation, and also for the annual Tomography for Scientific Advancement (ToScA) symposium. Now a Professor of 3D X-ray Imaging, with many international collaborators using his 3D imaging resource, scanning specimens as diverse as ancient scrolls and damaged movie films, he is still working on the never-ending quest to improve mineral concentration mapping accuracy in biological hard tissue. Aside from his research and related teaching, he has a passion for teaching critical thinking, promoting wellbeing and mental health, and helping to run the Queen Mary running group.