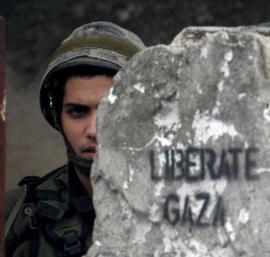 The Israeli military often claims the mantle of "the most moral army in the world". Yet the devastating effects of its campaigns in Gaza and the successive human rights investigations into them offer us a very different picture. What explains this discrepancy? Based on research from a new book, this talk will show that ethical practice is in fact inseparable from the military violence of Israeli settler colonialism. However, the aim of this ethical practice is not the protection of Palestinian lives. Instead, ethics help to sustain a militarist ideology in which participation in colonial violence is seen to reflect soldiers' moral character. This serves to improve combat motivation, justify past violence, support militarist identities, and deflect political criticism. In fact, so strong is the grip of this ideology of military ethics in Israel that it calls into question political strategies premised on the advancement of moral critique. Using examples from the teaching of military ethics in the army and pre-military academies, as well as observations of veterans' anti-occupation activism, this talk will show how ethics can function as a weapon of war.

James Eastwood is Lecturer in Politics and International Relations at Queen Mary. He joined Queen Mary in 2016 and prior to this he taught at SOAS University of London, where he also completed his PhD in 2015. Eastwood's research concentrates on the relationship between militarism and the ethics of war, with a particular focus on the case of Israel. As part of his doctoral research, Eastwood spent many months living in Israel/Palestine in order to conduct interviews and participant observation and to improve his knowledge of Hebrew. His PhD thesis was jointly awarded the Michael Nicholson prize for the best doctoral thesis by the British International Studies Association in 2016.

The launch will be followed by a drinks reception.