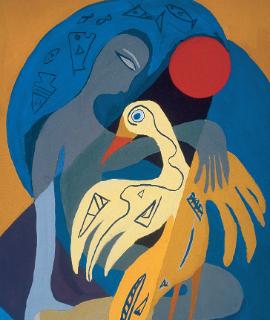 Tolerance has historically been understood as a virtuous and desirable concept, and in the context of contemporary rapid population and social change as an increasingly important European value. As such, it has been the subject of much philosophical debate and qualification. Toleration has been credited with facilitating the peaceful co-existence of social groups with different identities, histories and cultures; and ‘difference’ has been understood to make toleration necessary. Yet, much less is known about how ordinary people understand the concept of tolerance. In this lecture I reflect on evidence from two contrasting European societies: Poland and Britain. By thinking comparatively, I expose the distinctive processes which shape understandings of this concept in contexts characterised by contrasting levels of proximity to ‘difference’ to counter universalizing theories of tolerance. At the same time, I relate insights from one context to the other, and identify how some ideas about thresholds of tolerance travel between places. While it has been argued that focusing on tolerance displaces energies away from questions of inequality and injustice, I will show that attention to how tolerance is imperfectly lived actually demonstrates their very significance.

Gill Valentine is Professor of Geography and Deputy Vice Chancellor at the University of Sheffield. Her research is focused on three interconnected areas: diversity and inclusion; childhood and family life; and urban cultures and consumption. This work - funded by an ERC Advanced Investigator award, and ESRC, AHRC and JRF grants - has demonstrated the significance of space in processes of subject formation through studies which variously rethink intersections between gender, age, race/nationality, ‘disability’, and sexuality in processes of inclusion/exclusion; and questions of how we develop the capacity to live with difference. Gill has co-authored/co-edited 17 books, and over 150 journal articles. Her research has been recognised by the award of: a Sage Prize for innovation and Excellence and by the Royal Geographical Society/Institute of British Geographers' Murchison Award and Gill Memorial Award.