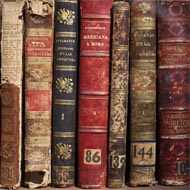 Where is “world literature”? This seemingly naïve question has no easy answer. How we understand “world literature” – as attestable reality of texts or a prism (a “mode of reading”), as a universal entity of planetary scope or a construct that conceals heterogeneity and multiplicity – has very real implications for the ways in which we try to tell its story. In this lecture, I wish to suggest a grid that could assist in the effort of locating world literature as a construct. This grid is chronotopic and consists of several vectors. One needs to be aware of at least four major reference points: time, space, language, and, crucially, what one could term the plain of self-reflexivity, i.e. how literature itself reflects on, and creates images of, “world literature”, thus opening up spaces for interrogation and dissent from the currently prevalent neoliberal discourses of world literature. The lecture will be an exercise in intellectual history, examining notions of world literature since the eighteenth century; but it will also offer a closer reading and appreciation of a major twentieth-century novel. Geographically, the texts and authors considered in this lecture are drawn from the Anglo-Saxon realm, Central Europe, Russia, and China.