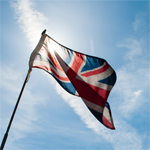 What next for a UK bill of rights?

For many years there has been a debate over replacing the Human Rights Act 1998 (HRA) with a UK bill of rights. Whilst optimistic at first, in 2010 this debate stagnated amid fears that a bill of rights would result in a level of protection much lower than that provided by the HRA. The current government has promised to return to the issue once the process of leaving the European Union concludes. Whilst this may take a lot longer than expected, criticism of the HRA and proposals for its replacement are not likely to abate. Late in her 2017 election campaign, Prime Minister Theresa May promised to “rip up” human rights law that stood in the way of possible new anti-terror measures.

In this lecture, Professor Amos will consider not just what might happen to the HRA and proposals for a UK bill of rights in the next few years, but what should happen if domestic human rights law is to be an effective constraint on the exercise of power in the Brexit era. Starting with an examination of the purposes any bill of rights should fulfil, including a consideration of how to deal with contested issues, Professor Amos will evaluate whether or not the current framework for protection is actually fit for purpose.

Merris Amos is a Professor of Human Rights Law in the Department of Law at Queen Mary University of London. She has previously held posts at the University of Westminster, the University of Essex and the Australian Human Rights Commission. From 2006 until 2013 she was the General Editor of the Human Rights Law Reports UK Cases. Her teaching and research concern the protection of human rights at the national level, in particular the Human Rights Act 1998, and the relationship between national institutions and the European Court of Human Rights. She has published widely on these subjects and her book Human Rights Law (Oxford: Hart, 2014) is an important reference point for students, scholars and legal practitioners. Her most recent research concerns the value of the European Court of Human Rights to the United Kingdom and is published in the latest issue of the European Journal of International Law Vol.28, No.3. With two colleagues she is currently organising the WG Hart Legal Workshop 2018, Building a 21st Century Bill of Rights.