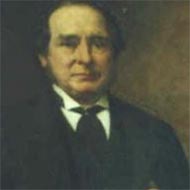 The Man Behind Shaking Palsy

James Parkinson FGS (11 April 1755 – 21 December 1824) was a surgeon, apothecary, geologist, palaeontologist, and political activist. He is most famous for his 1817 work, ‘An Essay on the Shaking Palsy’, in which he was the first to describe "paralysis agitans", a condition that later became known as Parkinson's disease. James Parkinson was born in Hoxton and was a dresser to Richard Grindall, surgeon to The London Hospital, for six months in 1776. To celebrate the bicentenary of the publication of ‘An Essay on the Shaking Palsy’ we propose hosting a ‘The James Parkinson Memorial Day’ on the Whitechapel campus of Queen Mary University London, the site of the London Hospital Medical College.