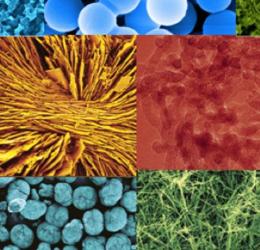 QMUL Meet our Professors: The Inaugural Lecture of Magda Titirici

Carbon is the most versatile element known. It combines with other (carbon) atoms forming materials with astonishing properties. The versatility and potential of carbon has attracted top recognition in the last decade for the work in fullerenes (1996 Nobel Prize in Chemistry), CNTs (2008 Kavli Prize in Nanoscience) and grapheme (2010 Nobel Prize in Physics). However, the mystery and wonder of carbon offers more to discover.

While carbon is widespread on Earth, it has been synthesised from fossil fuel based precursors with sophisticated and energy consuming methodologies that generate toxic gases and chemicals. The preparation of carbon materials from renewable resources is a key research challenge in terms of sustainability, climate change and economics. Since the beginning Nature created carbon from biomass.

We have demonstrated that it is possible to mimicking the natural process of carbon formation and prepare carbon nanomaterials from biomass using mild hydrothermal processes.

In my lecture, I will show how all these sustainable carbon materials prepared from biomass in an easy one step and low energy consuming process can be used to eliminate our dependence on petroleum/critical metal based supplies and will provide access to a new economy based on available reserves.

Magda Titirici graduated from University of Bucharest in 2000 with a BSc (Honours) in Chemistry. She obtained her PhD at the University of Dortmund, Germany in 2005. Between 2006–2012 she led the group ‘‘Sustainable Carbon Materials’’ at the Max Planck Institute of Colloids and Interfaces, Potsdam, Germany where she also did her Habilitation.

Magda is the author of highly cited 130 publications in the field of sustainable materials for renewable energy, several book chapters and one edited book. She is in the editorial board of ChemSusChem (Wiley) and ChemPlusChem (Wiley) and an associate editor for J. Mater. Chem. A (RSC).

Magda has been awarded the Rosenhain Medal and Price from the Institute of Materials and Mines in London for distinguished achievements in materials science under the age of 40 in 2016, she is the USERN laureate in physical sciences 2017 as well as the recipient of an Honorary PhD from University of Stockholm in 2017.