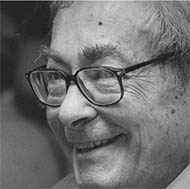 Europe’s present structural crisis is simultaneously economic and cultural, highlighting the failure of both financial and multicultural integration, which are aspects of the same historical process. This lecture will argue that this crisis must be approached through the perspectives offered by a critical examination of the colonial and imperial origins of the European idea and the present trace of that past in the experience of postcolonial migrancy. Furthermore, the most notorious figures of migrancy in Europe today, the most hyper-visible variants of the figure of the migrant, are the terrorist and the refugee, and equally evident is that they have legible “Islamic” markings. The inter-war sense that the presence of relatively small “alien” populations constitutes a threat to the integrity of society has reappeared now with a vengeance. And while the minorities that produced such anxieties then were disproportionately Jewish, now they are disproportionately “Muslim”. No appeal on the left to a broadly conceived European demos as the claimant to a common life on the continent can bypass this necessity of confronting these imperial origins. In the absence of such a self-critique of the European idea, the dēmos is threatened with reverting to ethnos, a political-progressive concept of the European people to a reactionary “cultural” or “civilizational” one.

Born and raised in Karachi, Aamir R. Mufti is Professor of Comparative Literature at UCLA. He pursued his doctorate in literature at Columbia under the supervision of Edward Said. He was also trained in anthropology at Columbia and the LSE. A student of the imperial process in the emergence of modern culture and society, he has examined it in a number of domains, including secularism and secularization, minority social formations, nationalisms and statelessness, language conflicts, comparative and world literature, and the globalization of English. Among his books, Enlightenment in the Colony: The Jewish Question and the Crisis of Postcolonial Culture (Princeton, 2007) reconsiders the secularization thesis in a comparative perspective, with a special interest in Islam and modernity in India and the cultural politics of Jewish identity in Western Europe. Forget English! Orientalisms and World Literatures (Harvard, 2016) is the first systematic critique of the concept of world literature from the perspective of non-Western languages. Among current projects are books concerning exile and criticism, the colonial reinvention of Islamic orthodoxy, and the migration crisis of the European project. He is also co-convener of a collaborative project called Rethinking Bandung Humanisms.