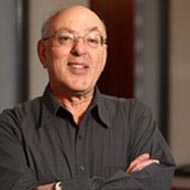 “In my book Rebalancing Society…radical renewal beyond left, right, and center (2015), I contend that a healthy society balances power across its three sectors—public, private, and what I prefer to call plural (rather than “civil society”, so that it can be seen to take its place alongside the other two). Many societies have lost that balance, especially since 1989 when mainstream economists declared erroneously that capitalism had triumphed. Balance triumphed. The communist states were utterly out of balance while the successful states of the West were not, relatively speaking. The unfortunate result of this misunderstanding is that capitalism has been triumphing ever since. I thus began to explore how that balance can be restored. Progress is being made—conceptually at least! I shall discuss that".

You are invited to attend a public lecture by Henry Mintzberg, Cleghorn Professor of Management Studies at the Desautels Faculty of Management of McGill University in Montreal, Canada.

This lecture is part of the 2nd Radical Social Innovation Colloquium: ‘Revaluing the Mundane: a conversation about common concerns’ organised by the Foundational Economy Research Group (https://foundationaleconomy.com/introduction/)