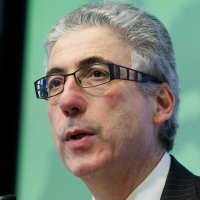 Divorces are rarely pleasant processes. The UK Brexit is no exception and the coming months will be crucial to negotiate the terms of the separation, after 40 years of thorny relationship. Media reports that the UK is planning to restrict seriously the freedom of movement for EU citizens. So far, the EU Brexit negotiator, Michel Barnier, has not been impressed by the UK’s Department for Exiting the EU position paper.

Former EU top official Jonathan Faull, who ended his career as Director General of the Task Force on the British referendum on membership of the EU, will reflect upon the different stakes in the negotiations for the UK, EU institutions and EU member states at the occasion of the Centre for European Research 2017 Inaugural lecture on ‘Negotiating the BREXIT’.

The CER Inaugural Lecture 2017 will take place at Queen Mary University of London on Monday, 30 October at 6.30pm. Professor Helen Drake from Loughborough University, leading an ESRC project on 28+ perspectives on BREXIT and Professor Tim Bale, expert on party politics in Britain and Europe, from Queen Mary University of London will act as discussants before leaving the floor to the audience for a Q&A session. The lecture will be followed by a drinks reception to which all are welcome.

During his 38 years-long career as a Commission official, Sir Jonathan Faull KCMG spent most of his early career in the Directorate General of Competition, working his way up to become Deputy Director General. From 1989 to 1992 he worked in the cabinet (private office) of the competition Commissioner (Leon Brittan).

He is the author of many articles on European law and policy; co-editor of a leading work on European Competition Law; Visiting Professor, King’s College London and College of Europe, Bruges; Emeritus Professor, Vrije Universiteit Brussel; Member of the Advisory Boards of the Centre for European Reform and the Institut Jacques Delors – Notre Europe.  He was knighted in the Queen’s Birthday Honours in June 2017.

About the Centre for European Research (CER)

The Centre for European Research, hosted in the School of Politics and International Relations of Queen Mary University of London, aims at development of a dynamic interface between the academic community and policy officials, NGOs, practitioners and business leaders. It supports research activities with a European focus and promotes excellence in teaching and learning on Europe and is a platform for research student engagement. Launched in 2012, it is currently directed by Dr Sarah Wolff.