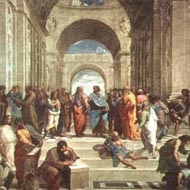 Democracy everywhere is under siege. In countless instances across the globe, populism has descended into demagoguery while expertise is derided as elitist, authoritarian, co-opted or all of the above.

An enduring anti-populism rejecting the competence of the public is matched, from the other direction, by a wave of anti-intellectualism that denigrates expert knowledge and castigates conceptual clarity as political correctness The simultaneous rejection of both popular and expert knowledge undermines political legitimacy, bolsters authoritarianism, accentuates divisiveness, confounds the possibility of reasoned debate, and generates political paralysis in the face of the greatest challenges confronting the world today. The resulting vacuum casts doubt on the efficacy of the political process to act on behalf of the collective welfare at a time when the need for solutions is perhaps greater than it has ever been.

Against this dystopian vision of stalemate and dysfunction, philosophical pragmatism offers an account of democracy as a form of political praxis oriented to producing solutions to the problems of the day. Democracy informed by pragmatist philosophy is more than an institutional arrangement or a method for aggregating individual preferences. As articulated in the voluminous writings of the American pragmatist philosopher John Dewey, democracy presupposes a moral commitment to the possibility inherent in each individual to contribute to political debate and collective problem-solving. If democracy has failed to deliver on this promise, the fault is not in the inadequacy of democracy but in our collective failure to provide the conditions for its flourishing. Establishing the conditions for effective democracy is the greatest challenge of our times.

Robert Lake is Professor at the Center for Urban Policy Research (CUPR) and a member of the Graduate Faculties in the Department of Geography and the Bloustein School. He holds a Ph.D. in urban geography from the University of Chicago. Dr. Lake was Graduate Director and Director of the Doctoral Program in Planning and Public Policy (2009-2015); Acting Director (1997-1998) and Associate Director (1998-2000) of CUPR; Co-Director of the Rutgers Community Outreach Partnership Center (1998-2005); and Director of the CUPR Press (1989-2011). Since 1974, Dr. Lake has supervised research at CUPR on a broad array of planning and public policy issues in the fields of housing, community development, and environmental policy. His current research focuses on community-based planning, environmental politics, environmental justice, and the role of social theory in the production of knowledge in the social sciences. He is the author or editor of five books including Resolving Locational Conflict, Readings in Urban Analysis, and The New Suburbanites: Race and Housing in the Suburbs, and has published numerous articles in scholarly and professional journals. His research has been funded by the U.S. Department of Housing and Urban Development, Economic Development Administration, United States Information Agency, National Science Foundation, U.S. Congress Joint Economic Committee, National Institutes of Mental Health, state and local governments, and private foundations.