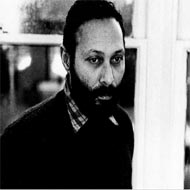 Stuart Hall, who died in 2014, was a thinker of incomparable largeness of vision. He remained steadfastly ‘worldly’, endeavouring to match his thinking with the pace of the histories in which his life was lived.

When he died he was drafting a memoir, reflecting on his experience as a Jamaican migrant and on the political sensibilities which migration had generated. In a vivid, intimate account he dwells on the predicament of his inability to become ‘identical with myself’. How, from such a history, was he able to imagine a life? How, indeed, was a memoir to be crafted?