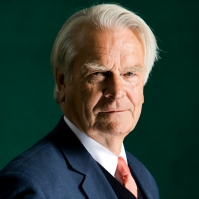 Lord David Owen will deliver the inaugural Hennessy Lecture on the subject of Referendums – their unpredictability and constitutional validity.

This annual lecture in honour of the Mile End Institute’s patron, the constitutional historian and cross-bench peer Peter Hennessy, is an opportunity for a distinguished practitioner to reflect on major issues in British politics and government.

David Owen was a Member of Parliament for Plymouth for 26 years from 1966-92. Under Labour Governments, he served as Navy Minister, Health Minister and Foreign Secretary. He was co-founder of the Social Democratic Party and its Leader from 1983-87 and 1988-90. He was created a Life Baron – Lord Owen of the City of Plymouth – in 1992 and sits as an independent social democrat in the House of Lords. Read more.