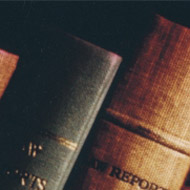 Translators, if they take pride in their work, are scrupulous about the differences between their languages. Notwithstanding a certain academic vogue for "foreignizing" translations, a translation into English is usually judged as a piece of writing in English. But English, with its composite texture of words imported from other languages, is perhaps the language least qualified to defend its borders. All languages borrow from other languages; moreover, they steal, inasmuch as the "borrowed" word is kept and turned into a piece of familiar property. Beyond words, it is conceptual families, narratives, cosmologies that may be imported and made as if at home, with the result that the very idea of a language begins to seem porous and vulnerable. With the so-called creole languages of the Americas as guiding model, and examples drawn from several continents and historical periods, we will make a case for importation, transcription, calque or dubbing, as opposed to translation, as the major agency of cultural and linguistic change.