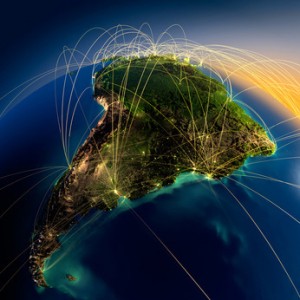 The experience of the so-called progressive governments in Latin America (Argentina, Bolivia, Brazil, Ecuador, Uruguay and Venezuela) seems to have entered an impasse that some authors have labelled the end of a cycle.

Starting from their characterization as passive revolutions we can analyse the current processes of these governments according to a shared, defining feature: the relative loss of hegemony, that is to say of the capacity to construct cross-class consensus. This loss is traceable to a shift from a progressive profile to a more regressive one in these governments and their actions, perceptible as much in new equilibriums in their constituent blocs and social alliances, as in their public policy orientation and relationships to social movements.

In the short term horizon, it does not appear that there will be an imminent break with the political-institutional order and a return of the Right, but  there is an observable conservative turn in the region – more perceptible in some countries (Argentina, Brazil, Uruguay, and Ecuador) than in others (Venezuela and Bolivia).

On the other hand, alongside this emerging context of an offensive by the national and international Right within Latin America, there is also a clear reactivation of protest on the part of popular actors, organizations and movements; they are emphasizing their antagonistic profile once again, against the grain of the subordination.