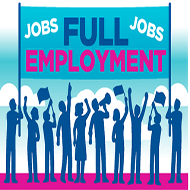 The labour market plays a critical role in the economy, in society and in our individual lives. Understanding how the labour market operates and how its functioning can be improved is very important for policy makers, firms and all citizens. Fortunately, the last 20 years have witnessed a marked improvement in theory, evaluation methods and data. In this lecture Professor Martins will present some of his contributions to the discipline. He will also call on a greater interaction between researchers in economics and other fields of study as well as other stakeholders to promote further improvements in labour market evidence, policy and outcomes.

Pedro Martins is Professor of Applied Economics at Queen Mary University of London, receiving his Professorship in 2009. Pedro’s main research area is labour economics, having published several articles in leading journals and collaborated with a number of international organizations, statistics agencies, multinational firms and NGOs. Between 2011 and 2013, Pedro served in the Government of Portugal, as Secretary of State for Employment. During that period, he conducted a number of reforms, in areas such as employment law, active labour market policies, and collective bargaining.