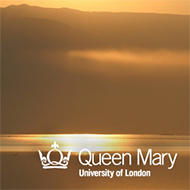 A lecture from His Excellency João de Vallera
Ambassador of Portugal

João de Vallera was born in Angola. He holds a degree in Economics from the University of Lisbon and joined the Portuguese Diplomatic Service on February 1st, 1974. He has held the post of Ambassador of Portugal in London since January 2011. He was also Portugal’s Ambassador to Berlin (2002-2006) and Washington (2007-2010).
His diplomatic career also includes posts held in the Permanent Mission to the European Communities in Brussels from (1979 – 1986, 1990-1997), the Directorship of the European Integration Department (1986). He was  also  Director General for the European Communities (1988),  Director General of European Affairs in 2001 and Delegate to the Convention on the Future of Europe in 2002. Other diplomatic posts were held at the Portuguese Embassy in Bonn (1977), Madrid (1989) and Dublin (1998). He was awarded the Grand Cross of the Military Order of Christ, the Grand Cross of the Order of Merit and Cross of Merit of First Class – Federal Republic of Germany.

For further information about this lecture, please contact: e.vieira@qmul.ac.uk