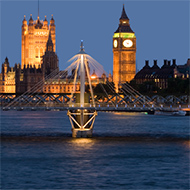 Can the UK survive without changing its Constitution?

The launch event of the QMUL Mile End Institute will see a high-profile panel debate one of the most pressing issues in contemporary politics: can the United Kingdom survive without changing its constitution?

Amidst a growing sense of crisis, a panel of leading commentators and politicians will consider this critical question in the context of:

Our distinguished panel will be chaired by Carolyn Quinn, presenter of The Westminster Hour on BBC Radio 4s. Carolyn's time as a Political Correspondent – on Radio and TV – started at the tail end of the Thatcher Government and ran through to the tail end of the Blair government. She has been presenting on BBC Radio 4 since the early 2000s – part-time, then full time - for the PM Programme , the Today Programme and the World Tonight.

Since his election in 1997, David has been the Member of Parliament for Haltemprice and Howden, and was MP for the Boothferry constituency from 1987. In the last Conservative government David held the position of Foreign Office Minister. He was Shadow Home Secretary from 2003 until he announced his resignation in 2008, forcing a by-election to campaign on the question of civil liberties.

He has been a leading figure on the Conservative backbenches ever since. In 2010 he chaired The Future of Banking Commission, which produced a number of recommendations that were subsequently adopted by the Government’s Independent Commission on Banking. David is one of the best known politicians in Britain, and has been an influential contributor to debates about the UK’s Constitution and its position in the EU.

Peter Hennessy is Attlee Professor of Contemporary British History at QMUL. Before joining QMUL, Professor Hennessy was a journalist for 20 years, including as a leader writer and Whitehall correspondent with the Times, and as lobby correspondent for the Financial Times. He wrote a regular column for the Independent and was a regular presenter of the BBC Radio 4 Analysis programme.

Professor Hennessy’s analysis of post-war Britain, Never Again: Britain 1945–1951, won the Duff Cooper Prize in 1992 and the NCR Book Award in 1993. His study of Britain in the 1950s and the rise of Harold Macmillan, Having It So Good: Britain in the 1950s, won the 2007 Orwell Prize for political writing. In 2010, Peter was appointed as a non-political crossbench peer, taking the title of Baron Hennessy of Nympsfield. He continues to make regular contributions to the press, radio and television.

Baroness O’Neill is the chair of the Equalities and Human Rights Commission. She is a philosopher and a crossbench member of the House of Lords. She completed a doctorate at Harvard University. During the 1970s she taught at Barnard College, the women's college in Columbia University, New York. In 1977 she returned to Britain and took up a post at the University of Essex; she was Professor of Philosophy there when she became Principal of Newnham College, Cambridge in 1992.

She is an Emeritus Professor of Philosophy at the University of Cambridge, a former President of the British Academy 1988-1989 and chaired the Nuffield Foundation 1998-2010. Until October 2006, she was the Principal of Newnham College, Cambridge, and she currently chairs the Equality and Human Rights Commission.