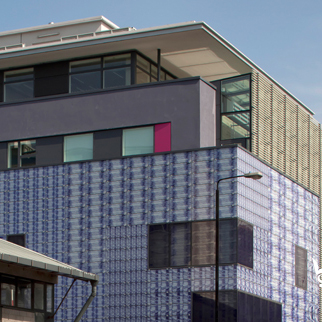 The International State Crime Initiative (ISCI) in the School of Law at Queen Mary University of London is very excited to announce it will hosting a screening of 5 Broken Cameras and a Question and Answer Session with the film's director Emad Burnat on 2 June 2015.

The documentary is a deeply personal, first-hand account of life and non-violent resistance in Bilin, a West Bank village surrounded by Israeli settlements. Shot by Palestinian farmer Emad Burnat, who bought his first camera in 2005 to record the birth of his youngest son, Gibreel, the film was co-directed by Burnat and Guy Davidi, an Israeli filmmaker. Structured in chapters around the destruction of each one of Burnat's cameras, the filmmakers collaboration follows one family's evolution over five years of village upheaval. As the years pass in front of the camera, we witness Gibreel grow from a newborn baby into a young boy who observes the world unfolding around him with the astute powers of perception that only children possess. Burnat watches from behind the lens as olive trees are bulldozed, protests intensify and lives are lost in this cinematic diary and unparalleled record of life in the West Bank.