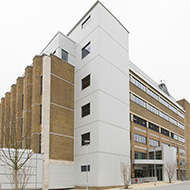 Dental health has improved markedly in the last 60 years; from a time when a 21st birthday present was a set of dentures, to one in which aesthetics is the face of dentistry for many young people. Yet in the move forwards, some have been left behind, this is a public health story of two halves. I will take you on a journey to explore these perspectives following a public and private research journey which started when people from different worlds met.

Professor Cynthia Pine's research focus is: prevention of childhood dental caries; expertise community clinical trials. She has advised Departments of Health in England and Scotland and WHO; Cynthia has been invited to present her research in 26 countries and universities globally including Harvard and the Karolinska.

Cynthia has a number of firsts - first woman President of the British Association for the Study of Community Dentistry; Founding President of the European Association of Dental Public Health & elected first Honorary Member “for her outstanding contribution to promoting teaching and research in dental public health across Europe”. First woman appointed Dean of a UK Dental School (2003-08). Appointed CBE 2006 For Services to Dentistry; appointed Fellow of City & Guilds London Institute 2014.