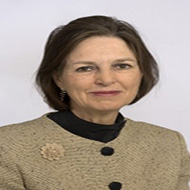 Baroness Tessa Blackstone will present the tenth annual Drapers Lecture.  In this lecture she will consider the Governments recent Green Paper 'Fulfilling our Potential'. She will examine the proposals for a Teaching Excellence Framework; she will then go on to make the case for a broader curriculum for students at both sixth form and undergraduate levels.  Drawing on her experience of ministerial reforms of education, she will discuss the role that higher education institutions have played in narrowing students' curricula through too great a focus on three 'A' levels. Once at university, the subjects that students study may bear little relation to the jobs that they will go on to do, so a broader approach to undergraduate programmes is needed.  Baroness Blackstone will also consider what higher education institutions can do to better support graduates in their search for work when responding to the Government's focus on employability.

Tessa Blackstone is Chairman of the Board of the British Library and of Great Ormond Street Hospital Foundation Trust. She also chairs the Orbit Group Board and co-chairs the Franco-British Council.

Between 1966 and 1975 Tessa Blackstone was a lecturer at the LSE. During the Wilson and Callaghan Governments she worked on the Central Policy Review Staff in the Cabinet Office. She was subsequently Professor of Educational Administration at the Institute of Education and then the Deputy Education Officer at the ILEA. In 1987, she was appointed Master of Birkbeck College. From 1987 to 1991 she was Chairman of the BBC's General Advisory Council. She helped set up the Institute for Public Policy Research (IPPR) and was its Founder Chairman for nine years.

Her political interests are wide ranging; from social policy, education and foreign affairs to the Arts.

This public lecture is free to attend, but please book a place at: https://www.eventbrite.co.uk/e/qmul-teaching-learning-conference-and-drapers-lecture-2016-tickets-18259944987