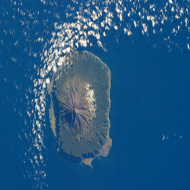 The aim of the conference is to launch the Centre for Small States as the home for research and learning into the legal issues facing small states (defined as those states with a population of 1.5m or less).  The Centre for Small States also includes within its remit some territories that are not classified as states as a matter of international law, yet are sufficiently geographically and culturally distinct entities to be worthy of study in their own right such as the British Crown Dependencies and British Overseas Territories).

Topics for discussion will include ethics in small jurisdictions, the challenges of mixed legal systems in small states, small states as tax havens, and intellectual property issues.