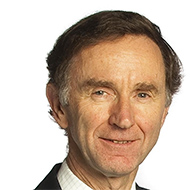 Please note that this event has now been cancelled.  Apologies for any inconvenience.

How Germany's Past is Shaping its European Future

We don’t know enough about Germany, a country with an extraordinary past. Whilst innumerable books have been published on the Third Reich and the Holocaust, too rarely has the deep and complex history of the German lands been told in full. Yet arguably there is no culture greater than Germany’s. No country has contributed more to the development of human ideas and creativity. No country has sunk deeper into the abyss or experienced such redemption and renewal, and it is this that instills the story of Germany with a profound and universal significance.

A generation after the fall of the Wall much of Europe remains uncertain about its identity and direction. The introduction of a common currency, and the subsequent euro crisis, have seen Germany assume the role of reluctant leader. But outright leadership is anathema to a country still coming to terms with its past. In Reluctant Meister, Stephen Green asks what part Germany – a land where over a long history people have adopted layered identities – might play in the new Europe in the years ahead. Whatever the answer, the implications for the future of the European Union as it seeks to define itself in the face of rising national discontent and the growing economic might of Asia will be profound.

Stephen Green was for most of his career an international banker. From 2011 to 2013 he was Minister for Trade and Investment in the British Government. He now has a range of international advisory activities focusing on international trade, on financial and professional services and on child poverty and development programmes. He chairs the Natural History Museum of London and is an ordained priest of the Church of England.
A regular contributor to the debate on business ethics and values, he is the author of Good Value: Money, Morality and an Uncertain World.
In Reluctant Meister Green writes about a country whose culture and history has attracted him since he was sent there as a child to learn more of the language. His fascination with Germany – a country which is now central to a Europe struggling to find its identity in a new global landscape – has only grown over time.