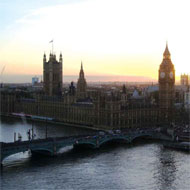 Nowadays when we speak about the state we generally use the term simply to refer to an apparatus of power. As a result -- at least in Anglophone political theory -- ‘state’ and ‘government’ have become virtually synonymous terms. Professor Skinner will begin by tracing the emergence in modern western political theory of the strongly contrasting view that the state is the name of a distinct Person. Thomas Hobbes is taken to be the leading contributor to this development, and the central section of the lecture analyses his understanding of the state as a ‘person by fiction’. Professor Skinner will end by attempting an assessment of the idea of state personality. Has anything of significance been lost as a result of the abandonment of the belief, central to so much early-modern and Enlightenment discourse, that the state is the name of a moral Person distinct from both government and the governed?