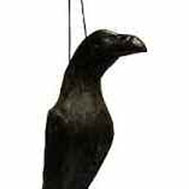 It is important today to figure out what ‘slave’ means, or what functions the term can serve. The Enlightenment sees an industrial increase in the slave trade to colonies which are struggling to free themselves from the yoke of European tyranny, borrowing the rhetoric of philosophes claiming liberty, equality and fraternity. But for whom? The philosophical assertion of a decisive split between man and beast (still dominant today) plays an important role in slaving cultures on both macro and micro levels. Two intertwined strategies – domestication and terror – are used against those who are not ‘brothers’. Rousseau, Defoe and Crèvecoeur provide critical examples.

Judith Still is Professor of French and Critical Theory at the University of Nottingham. She is the author of Justice and Difference (1993), Feminine Economies (1997), Derrida and Hospitality (2010, Gapper Prize winner 2011) and Enlightenment Hospitality (2011). She is also the editor of Men's Bodies (2003), and co-editor with M. Worton of Intertextuality (1990) and Textuality and Sexuality (1993); with D. Knight of Women and Representation (1995) and Theory-tinged Criticism (2009); with S. Ribeiro de Oliveira of Brazilian Feminisms (1999); with Atack et al of Women, Genre and Circumstance (2012). She is currently working on Derrida and Other Animals.