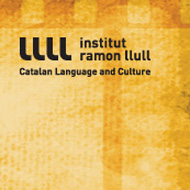 Whether or not television is a proper medium for the transmission of historical knowledge, the fact is that in the contemporary world for most of us the understanding of the past is mediated by visual media. Narratives of recovery and transmission of the historical past play a prominent role in Catalan contemporary television and film, and both the experience of Spain’s transition from dictatorship to democracy and the construction of a collective imaginary associated to that historical process have been mediated by the intervention of media of mass communication. This lecture analyzes Temps de silenci (2001-02), one of the most popular fictional series produced in Catalan television, in order to understand the success of this type of narratives and, in particular, the power of nostalgia in the reconstruction and consumption of the recent past.

Mario Santana is Associate Professor of Spanish at the University of Chicago, where he teaches contemporary Spanish and Catalan literature and film, and coordinates the Catalan Studies Program in the Department of Romance Languages and Literatures. He is the author of Foreigners in the Homeland: The Spanish American New Novel in Spain, 1962-1974, and his most recent publications include essays on the role of translation in Iberian interliterary relations, the novel of historical memory, the literary market in Spain, and the institutional history of Hispanism in the United States.