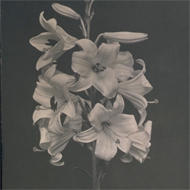 This paper addresses the notion of social reproduction from the viewpoint of a unitary theory understanding gender oppression and capitalism not as two autonomous and independent systems, but rather as two distinct and interrelated moments within the same social whole. Social reproduction feminism  has been accused in the past of being functionalist, and of being grounded on a more or less hidden economic and biological determinism. The aim of the paper is to refute these criticisms and to show that the concept of social reproduction as such does not imply any of the theoretical weaknesses attributed by its critics, whereas it has a great explanatory potential. Indeed, the notion of social reproduction within the framework of a unitary theory enables us to understand the current crisis not in economist terms, but rather as a crisis of the reproduction of the capitalist society considered in all of its dimensions and as a moment of reconfiguration of the concrete mechanisms of gender oppression.

Biography:
Cinzia Arruzza is Assistant Professor of philosophy at the New School for Social Research. She works on ancient philosophy and on feminist and Marxist theory. She is the author of three books: Les mésaventures de la théodicée.Plotini, Origène, Grégoire de Nysse, Brepols 2010; Dangerous Liaisons. The Marriages and Divorces of Marxism and Feminism, Merlin Press 2013; Plotinus. Ennead II 5. On What Exists Potentially and What Actually, Parmenides Press 2014. She is currently editing a volume on philosophy and power in antiquity and working on a book manuscript on the relationship between philosophy and politics in Plato'sRepublic. Arruzza is also a social activist and fellow at the International Institute for Research and Education in Amsterdam.