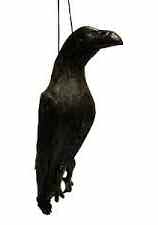 In May 2014, the School of History and the Department of Law at Queen Mary University of London will be hosting Professor Christopher Tomlins as a Distinguished Visiting Fellow.

‘Debt, Death, and Redemption: Toward a Soterial-Legal History of the Turner Rebellion’

The Turner Rebellion, which took place in August 1831 in Virginia, is well known as one of the bloodiest slave revolts in antebellum America.  The history of the rebellion is dominated by one document, a 24 page pamphlet entitled The Confessions of Nat Turner written by a local attorney, Thomas Ruffin Gray, based on jailhouse conversations with Turner.  By the time they met, Gray had already accumulated considerable independent knowledge of the events of the rebellion, and the second half of The Confessions, a blow-by-blow narrative of the rebellion, bears his mark.  But the first half is quite different, dwelling on Turner’s life from his birth until the rebellion, matters of which Gray could have had little independent knowledge.  Its central motif is the ascent of a severely ascetic personality to a state of religious grace and the consequences attending that outcome.