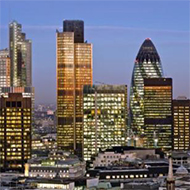 In this talk Martin Weale examines how far the United Kingdom’s experience has differed from that of other advanced economies. He makes an important distinction between the period of recession and immediate recovery of 2008-2010 from developments since 2010, finding that some countries such as the United States, which did not suffer a productivity puzzle during the recession have since joined the group with disappointing productivity performance. He uses this international comparison as a backdrop to exploring the prospects for some improvement in UK productivity growth.

Dr Martin Weale joined the Monetary Policy Committee in 2010. This followed a term of fifteen years as Director of the National Institute of Economic and Social Research. Before this he worked as a lecturer in Economics at the University of Cambridge and a Fellow of Clare College and, for two years after graduating, as an Overseas Development Institute Fellow at the National Statistics Office in Malawi. He was reappointed to the Monetary Policy Committee in 2013 for a second three-year term.

He has researched a large number of aspects of applied economics at both macro and micro-economic levels. As well as monetary policy, his interests include issues connected with pensions, retirement behaviour and the adequacy of overall saving. He has also carried out a substantial amount of work on various aspects of economic statistics.

Weale was appointed CBE for his services to Economics in 1999 and was elected an Honorary Fellow of the Institute of Actuaries in 2001. He served on the Statistics Commission from 2000 to 2008 and was a member of the Board for Actuarial Standards from 2006 to 2011.

Martin Weale is Professor of Economics at Queen Mary University of London with an interest in applied economics, econometrics and economic history.