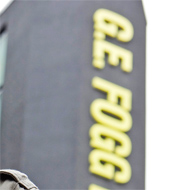 Abstract: The traditional view on magical beliefs in modern industrial cultures contends that magical beliefs are an old-fashioned mode of thinking that persists today only in young children and a limited population of superstitious adults. Contrary to this view, I show that the belief in magic is not a relic of the past but a fundamental property of the human mind. Individuals can consciously consider themselves to be completely rational people and deny that they believe in magic or God despite harboring a subconscious belief in the supernatural. I also show how engagement in magical thinking can enhance cognitive functioning, such as creative thinking, perception and memory. Further, I suggest that certain forms of social compliance and obedience to authority historically evolved from magical practices of mind control and are still powered by the implicit belief in magic. Finally, I outline areas of life, such as education, religion, political influence, commerce, military and political terror, and entertainment, in which magical thinking and beliefs of modern people can find practical applications.