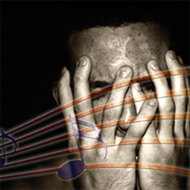 Richard Wagner has been referred to as "the most controversial artistic figure of all time" (F. Spotts). In this lecture I examine the different layers of the controversy and of the Wagner problem, focusing on the four most frequently
expressed reservations about the man and the artist: his attitude towards money, towards women, towards Jews,
and the posthumous linking of his name to that of Hitler.