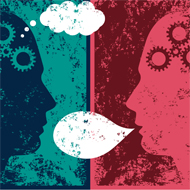 The notion that all languages have an equivalent degree of complexity was at one time very much part of the conventional wisdom of the linguistics community. And that view was, understandably, particularly strongly maintained in the face of a non-specialist public who still held to the view that some languages really were more “primitive” than others. Hockett wrote that “the total grammatical complexity of any language, counting both morphology and syntax, is about the same as any other”. The idea was that simplification at the level of morphology would be compensated
for by complexification at the level of syntax, and vice versa. However, this invariance of linguistic complexity hypothesis has always been implicitly rejected by certain sorts of linguists, notably those sociolinguists, creolists and dialectologists who had learnt that language contact of certain sorts leads to simplification. It has always been obvious to them that, if the same language could be more or less simple at different points in time, then different languages could be more or less simple at the same point in time. This paper will address the topic of what exactly the social determinants of linguistic simplicity and complexity might be.