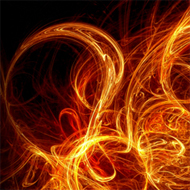 The Solar Wind: An Invisible Maelstrom

The hot corona of the Sun drives a fast moving flow of ionized gas - the solar wind - which fills the solar system as far as a distant boundary with the interstellar medium. The solar wind plasma has a density too low to be visible, but from spacecraft measurements we discover that it is in a constant state of flux, turbulent over a vast range of scales with discontinuities and shocks. In this lecture we show how computer simulations can be used to explore this dynamic behaviour, revealing the connections between the smallest plasma scales and the nature of the solar wind.

David Burgess gained his PhD from Queen Mary College in 1984, and then spent two years in France at the Observatoire de Meudon followed by a similar period at the University of Maryland. After a PPARC Advanced Fellowship he obtained a position as Lecturer in Astronomy at Queen Mary, becoming Professor of Mathematics and Astronomy in 2008. He is currently Director of the Astronomy Unit. His area of research is space plasma physics, in particular the study of kinetic aspects of collisionless shocks and turbulence. He has been involved in several international space missions, such as Ulysses and Cluster, and he is currently on instrument science teams for the recently selected Solar Orbiter and Solar Probe Plus missions.