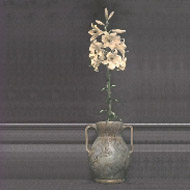 Scents and Sensibility: The Fragrance of Decadence

This lecture examines perfume in decadent writing with special reference to two male authors – Oscar Wilde and Arthur Symons – both of whom have a strong awareness of fragrance and present themselves as olfactifs, individuals with a refined sense of smell. Establishing the prevalence of references to scent and perfume in Wilde and Symons’s writing, I ask what purpose do these references serve and what do they signify? And, in answering these questions, I consider whether such references to perfume reflect the taste and use of the time, taking note of the scents liked or cultivated by both writers.