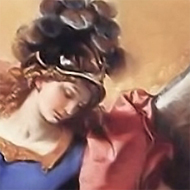 Western figures from Plato and Aristotle through to Rousseau, Kant, Hegel, Marx and Rawls have subordinated the idea of injustice to the idea of justice. The classical Western tradition has assumed injustice to be merely the logical opposite of justice. But writers like Shakespeare tell a different story. Injustice is not primarily the negation, failure or absence of justice. It is the constant product of regimes and norms of justice. Justice is not always the cure for injustice, and is often its cause.

We will be hosting a Q&A session following the lecture and are asking for questions in advance of the event. Please submit questions by emailing events@qmul.ac.uk with the subject INJUSTICE.

Find out more about Eric Heinze