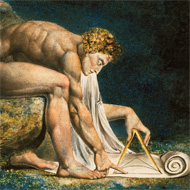 In many realms of historical writing, big is back. Transnational history covers large expanses of space. “Deep history” treats huge stretches of time. There are even signs that intellectual historians are returning to the big picture after a long period of aversion and neglect. What are the reasons for this revival of long-range intellectual history? And how might it be rendered methodologically robust as well as historically compelling? The lecture proposes a model of transtemporal history, proceeding via serial contextualism to create a history in ideas spanning centuries, even millennia. Key examples come from work in progress on ideas of civil war from Rome to Iraq.

David Armitage is the Lloyd C. Blankfein Professor of History at Harvard University, where he teaches intellectual history and international history. A prize-winning writer and teacher, he is the author or editor of twelve books, among them The Ideological Origins of the British Empire (2000), The Declaration of Independence: A Global History (2007) and Foundations of Modern International Thought (forthcoming). He is working on Civil War: A History in
Ideas, an edition of John Locke’s colonial writings and a co-edited collection on Pacific History.