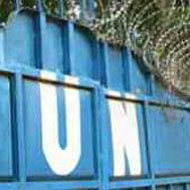 Compared to the optimism of early post-Cold War era, the international aid industry – and with it,
the development-security nexus – faces a growing crisis of acceptance. This malaise is reflected
in the increasing necessity of constant risk-management within contemporary aid interventions.
Since the end of the 1990s, the number of aid workers deliberately killed, injured or attacked has
grown steadily. Incorporated as an extension of Western foreign policy, including playing social
advisor to corporate interests in an age of neoliberal excess, for many ‘beneficiaries’ the aid
industry’s earlier claims to neutrality and material betterment now count for little. This talk traces
the liberal way of development’s growing crisis of acceptance through its changing approach to
risk-management. From initial attempts to centralise and professionalise risk-aversion, the main
outcome of which was the fortified aid compound, the emphasis has now shifted to increasing
the resilience of the aid industry. Rather than ‘when to leave’ the aim is now ‘how to stay’.
Through the decentralisation, localisation and indigenisation of risk-management, resilience
establishes a new and productive relationship to crisis. That is, as an opportunity to improve the
robustness and fitness of aid agencies. In effectively ignoring the crisis of acceptance, however,
rather than addressing the current malaise, resilience promises to dig the bunker deeper.