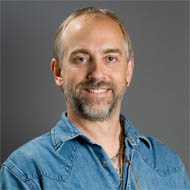 British born Richard Garriott is an award-winning computer game developer, entrepreneur, philanthropist, adventure traveler and space explorer. Drawing inspiration from his parents, scientist Owen a NASA astronaut, and Helen, a professional artist, he began designing computer games at high school. This passion, blending art and science, drives a career that has earned him legendary status in the games industry. Richard’s Ultima series of role-playing games, with themes of adventure, virtues and exploring portals to other worlds remains one of the most successful franchises in gaming history, and created the multiplayer game genre through the groundbreaking technology of Ultima Online.

This work resulted in numerous awards including admission into The Academy of Interactive Arts and Sciences Hall of Fame and a Lifetime Achievement Award at the Game Developers Choice Awards.

Richard’s passion for exploration has taken him from underwater explorations of the Titanic, to hunting meteors in Antarctica, each adventure giving him new stories to tell but also firmly rooted in exploring the significant science that can come from these activities. His life long dream to explore space drove him to create new ventures to make it possible, such as the X-Prize and Space Adventures Ltd. In 2008 Richard realized a lifelong dream by visiting the International Space Station. For his significant contribution to space exploration Richard was awarded a Sir Arthur C. Clarke prize, and became a member of the NASA advisory council on space education.

In his current home in Austin, Texas, Richard supports the local cultural and environmental communities, including his famous magic trick filled haunted house charity events at his home ‘Britannia Manor’.

Richard was awarded an Honorary Degree by Queen Mary, University of London at the July 2011 degree ceremonies.

This event is free to attend, but you must book a ticket in advance. Please click BOOK NOW at the top of this page to make a booking.

For directions to the ArtsTwo building please follow this link: Map & Directions.