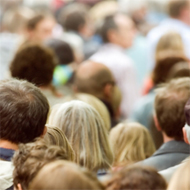 One of strange features of the "Multiculturalism is dead" discourses is that they now define "multiculturalism". It is now commonplace for even neutral commentators to define multiculturalism as a view which emphasises difference
at the expense of commonality, separatism rather then mixing, group rather than national identities, relativism rather a defence of democratic values. Yet no evidence is ever offered by reference to academic texts, political speeches or actual policies that any of this has ever been promoted by multiculturalists. This rhetorical strategy has been so successful that even those who defend multiculturalism today prefer to use a vocabulary of multiculture and interculturalism. I challenge this strategy by arguing that multiculturalism is a mode of integration, which can be contrasted with other modes such as assimilation, individualist-integration and cosmopolitanism, and like the
others it is based on the core democratic values of liberty, equality and fraternity/solidarity

Professor Tariq Modood, MBE is Professor of Sociology, Politics and Public Policy at the School of Sociology, Politics and International Studies, University of Bristol and founding Director of the University Research Centre for the Study of Ethnicity and Citizenship. A leading authority on ethnic minorities in Britain, he the co-founding editor of the international journal, Ethnicities and the author of numerous books on multiculturalism, citizenship and religion.

A reception in the ArtsTwo foyer area will follow the lecture.