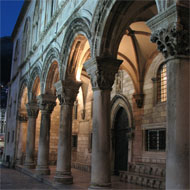 The conference brings together the work of ‘Who were the Nuns?’ project and presentations by members of the international network interested in the History of Women Religious of Britain and Ireland. Since September 2008, the AHRC funded project team, based in Queen Mary’s School of History, has been studying the members and their families from the foundation of the convents to the nuns' move to England as they became the target of French Revolutionary violence (1600-1800). This event sees members of the team talking about the nuns’ lives in exile, from their role as writers to the part they played in international networks. There will be a demonstration of the project’s online database with its associated genealogical material which will be of wide general interest. As well as papers and discussion there will be the first European showing of Bren Ortega Murphy’s prize winning film ‘A Question of Habit’ looking at images of women religious in American popular culture.

See also - Map and directions to this event