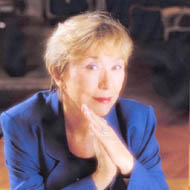 We regret this event is now SOLD OUT. Please do not attend if you do not have an e-ticket for this lecture.

Julia Kristeva is a writer, psychoanalyst, a professor at the Institut Universitaire de France and a full member of the Paris Société psychoanalytique. She is Bulgarian in origin, her BA degree being from the University of Sofia, Bulgaria. She has taught, thought and worked in France since 1966 and at the Université de Paris 7 – Denis Diderot since 1972.

She is a major theorist of literature, someone who could claim to have introduced a whole way of writing about literature to Western Europe. She is also an important theorist of psychoanalysis and feminism, and a novelist. Her work has been recognised by many awards: the Holberg Prize (2004), the Hannah Arendt Prize (2006), the Vaclav Havel Prize (2008) and the 2010 Prix Simone de Beauvoir.

Professor Kristeva has lectured in universities around the world, and was Permanent Visiting Professor at Columbia University, New York; at the University of Toronto, Canada and at the New School for Social Research, New York. She is a Corresponding Fellow of the British Academy.

Among the many Doctor Honoris Causae she holds are degrees from Harvard University, USA, l’Université libre de Bruxelles, Belgium, and the University of Toronto.

Professor Kristeva will also be awarded an Honorary Degree by Queen Mary, University of London at the Winter Degree Ceremony on Wednesday 7 December.

We regret this event is now SOLD OUT.