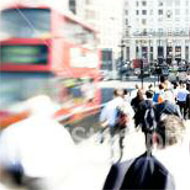 A sectoral opt-out class action was almost enacted in April 2010, but was culled amidst the ‘wash-up’ of the general election. An opportunity to provide, via judicial creativity, a de facto opt-out class action under existing court rules, was not taken up in November 2010. Yet, despite these setbacks, the introduction of a class action in England is both necessary and inevitable. Rachael Mulheron’s principal field of academic research concerns class actions jurisprudence. She has assisted law reform commissions, government departments, NGOs, and law firms, both in England and elsewhere, on class actions-related matters over several years, and was appointed to the Civil Justice Council of England and Wales in 2009. Prior to her academic career, Rachael practiced as a litigation solicitor in Brisbane, Australia.

If you wish to attend this event please click BOOK NOW at the top of this page.