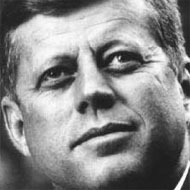 Mark White is Professor of History at Queen Mary, University of London. After receiving degrees from the University of Nottingham (BA), the University of Wisconsin-Milwaukee (MA) and Rutgers University (PhD), he has gone on to write six books and numerous articles, mainly on recent US political and diplomatic history. The books include 'Missiles in Cuba' (1997) and 'Against the President: Dissent and Decisionmaking in the White House' (2007). He also launched and is the Convenor of the Queen Mary Seminar Series on America.

See also - map and directions for this event